Bujinkan Weatherall Dojo is operated by Shaun and is currently based in Christchurch, New Zealand. Shaun has been actively studying Bujinkan Budo Taijutsu since 2001 with several instructors in New Zealand. Throughout this time he has also attended classes in  the UK, Australia, New Zealand, USA, China and Japan. It is through these connections that Shaun has been able to expand his knowledge and experience. Shaun was graded to Judan in 2019 with the recomendation of 3 Dia-Shihan.

The current aim for the Dojo is to introduce people to Bujinkan Budo Taijutsu whilst continuing to develop with other students and instructors who follow the current teachings and feelings from Japan.

The Bujinkan Budo Taijutsu system is formed from 9 different martial art schools by Masaaki Hatsumi Sensei who inherited the schools after many many years of training. The 9 schools are:-

The best way to experience this martial art is to show up.

"To learn martial arts, you need people. Martial arts cannot be learned through watching videos and training solo, you must connect with another person to learn, what we do is actually a study of humanness. So through your training, you will actually come to understand your humanity.

This is extremely important, especially in this age of the internet, where people can get everything without physical contact with others. As a result, we will actually have many people forgetting their humanity, and thus, the meaning of life itself."

The current aim for the Dojo is to introduce people to Bujinkan Budo Taijutsu whilst continuing to develop with other students and instructors who follow the current teachings and feelings from Japan.

Are you up to date on whats happening? 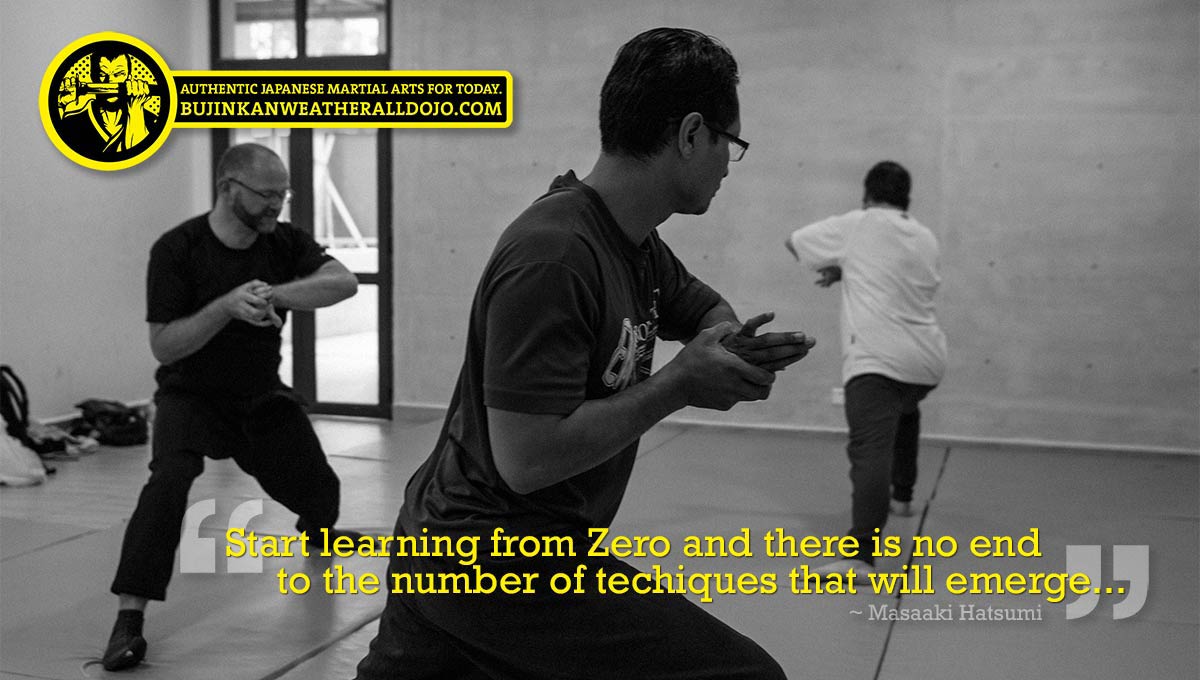 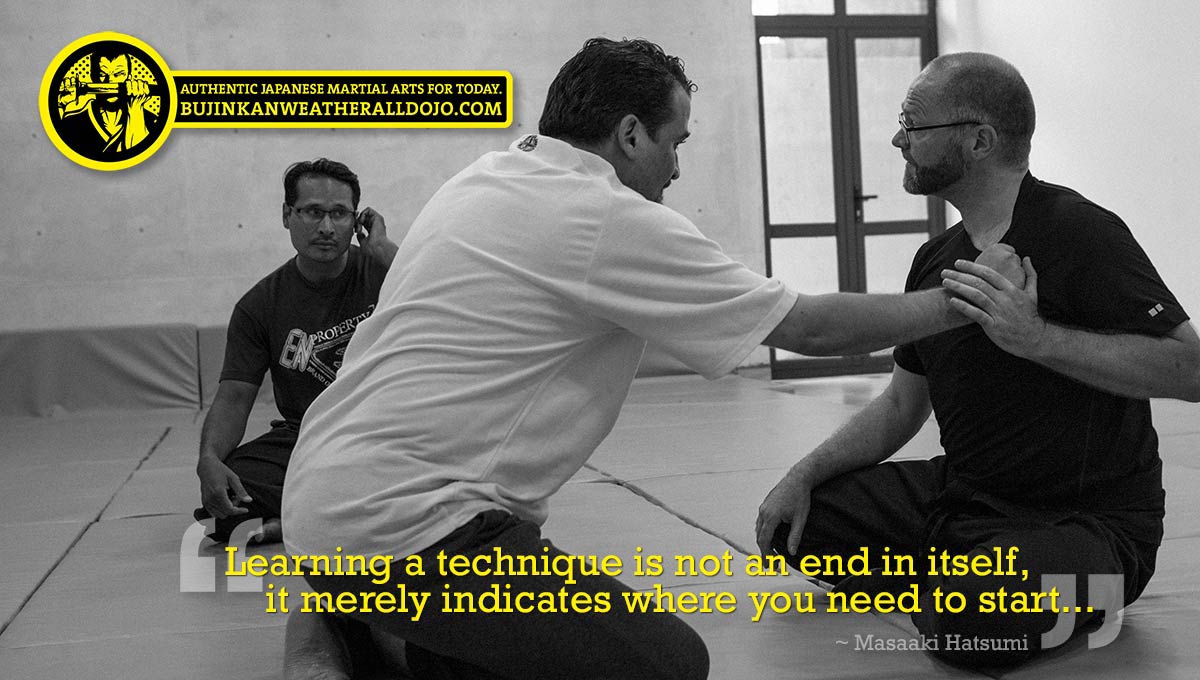 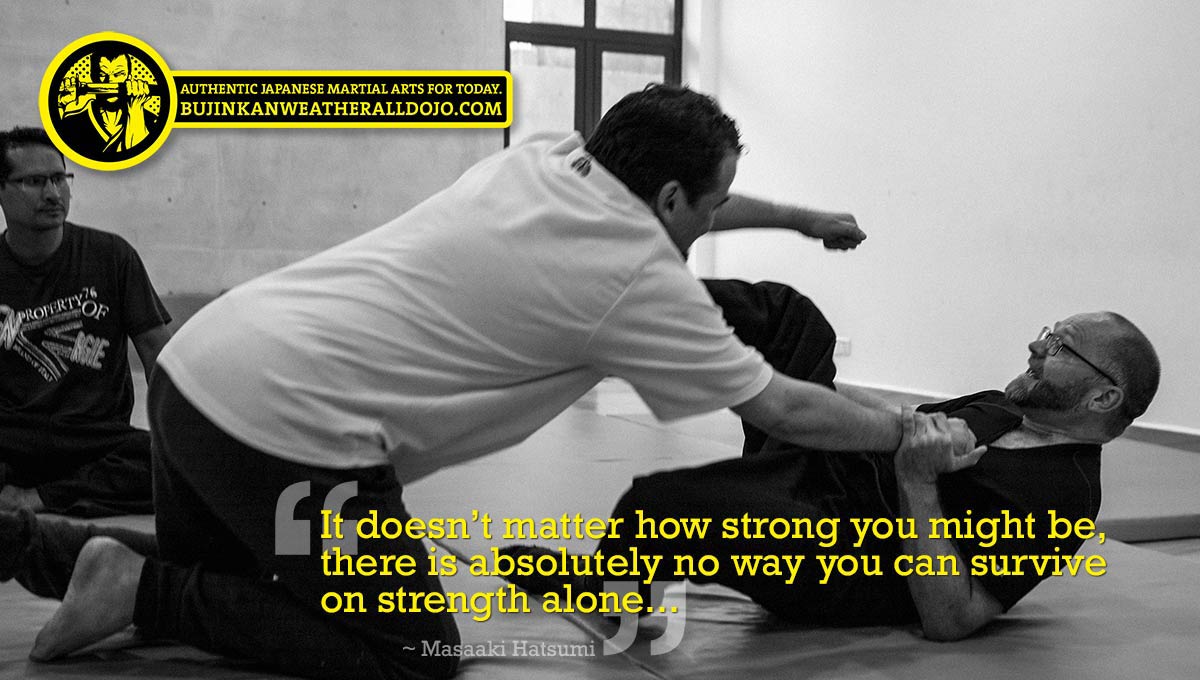 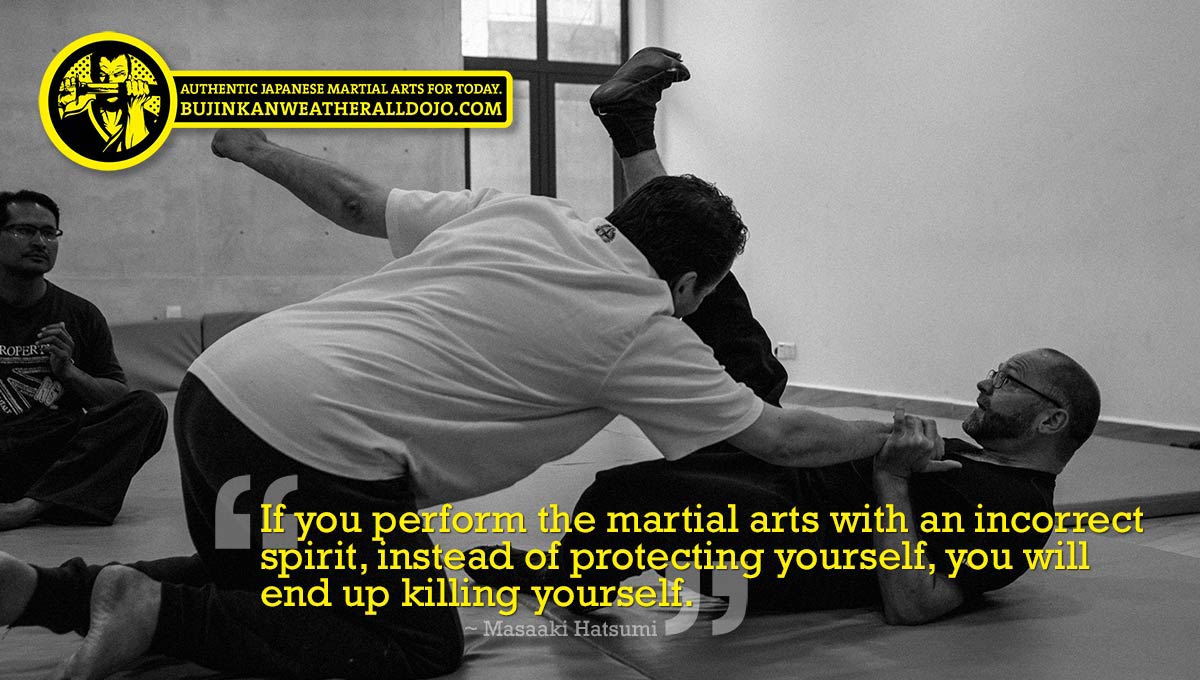 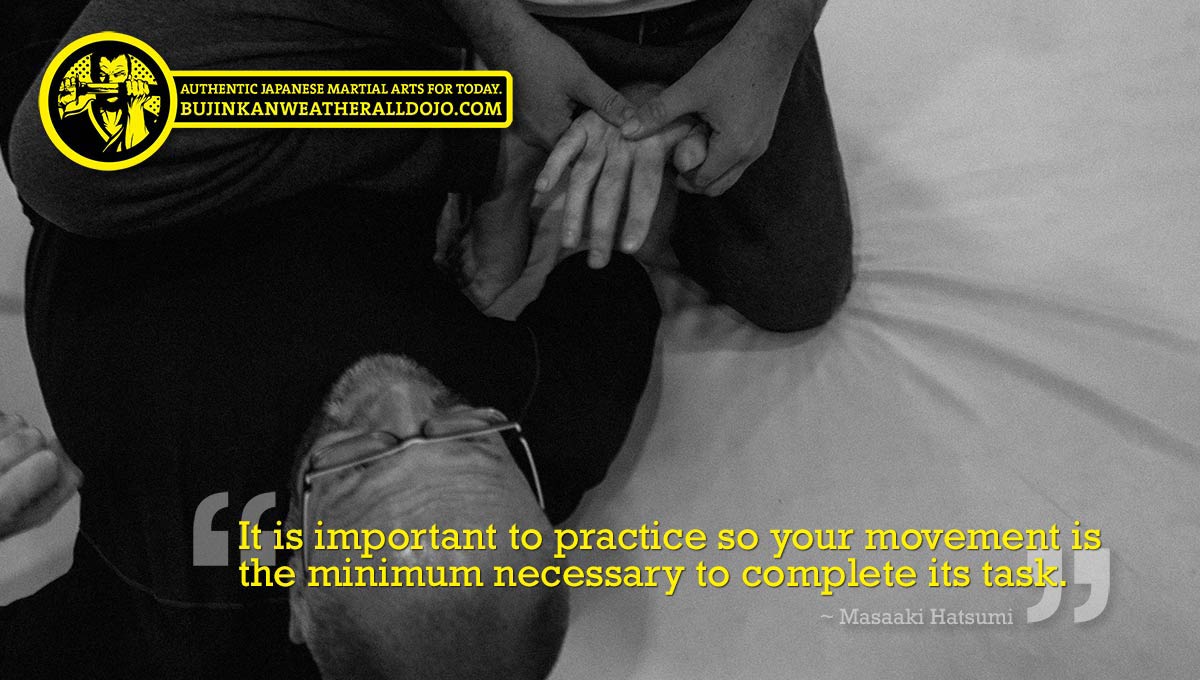